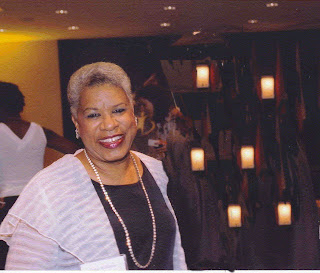 On Tuesday 8th January 2008, Sam Strangeways a reporter that works with the Royal Gazette of Bermuda wrote and published a story featuring the blog “Crushing Fools;” personally I did not see the news worthiness of this blog. Miss Strangeways being a skilled professional that she is; possesses the ability to write a story on any topic and make the matter take on a level of importance. Miss Strangeways showed even me, that the blog (which was created to encourage citizen and residence of Bermuda to become more community conscious and to work together with the other agencies in the community to ensure the level of tranquility that is now experience is maintained) can be news worthy enough to make the front page of the Royal Gazette.

This story brought tremendous attention to the blog “Crushing Fools”. I must say the amount of support and encouragement I received from the Bermuda community my friends and my colleagues was overwhelming. The response from my Big Brother Big Sister (B.B.B.S) fraternity especially those which were expressed by the executive director of B.B.B.S Esme’ Williams, who after hugging me expressed a sense of pride to have me as a big brother was tremendous.

All I am trying to do, is to contribute what little I can for the community that I am thankful to be a part of at this stage of my life, until it is time for me to rejoin my friends and family in my native Land of St. Vincent and the Grenadines. It is all about giving back to this community in a very small way.

Below is the well received story as it appeared in the Royal Gazette news paper, which featured and brought attention to the blog “Crushing Fools.”

By Sam Strangeways
A serving Police officer has launched an Internet blog calling on the community to "be courageous" and unite against violence and crime.
P.c. Allan Palmer, who is originally from St. Vincent and is understood to have been a policeman
in Bermuda for about four years, began posting messages on his Crushing Fools site last month — before the violence which marred the Island's Christmas celebrations.
The first entry in his online journal is titled: "It is time to take our community back."
P.c. Palmer writes that he has been told by members of the community that there are people with "sound and relevant information" on recent unsolved murders who are not coming forward.
"It was also brought to my attention that the individuals who have pertinent information that could be of evidential value and which may ensure the victims' families gain the closure they are looking for, are afraid of retaliation," he adds. "Fear is never a justified reason to cause or aid in the miscarriage of justice. Everyone that resides in this tranquil community needs to be courageous."
Father-of-three P.c. Palmer, 41, who describes himself on his website as an "independent thinker", says residents of the Island need to be put aside their fear of retaliation if they want justice to be done.
"Courage is not the absence of fear but it is the willingness to act even when you are afraid," he writes. "If we use fear to allow an offender to evade prosecution, whether it is for the offence of murder or for an offence of a less serious nature, we are only empowering the criminal."
The entry, dated December 6, 2007, concludes that Bermuda is "still a very safe community" but P.C Palmer warns: "I can see the potential for things to get out of control. It will be a shame if the citizens and residents of this tiny island are made to live in a petrified state.
"Have we adopted the 'it's not my business' mentality? For the sake of this little island, I hope not."
On December 23 — just a couple of days before the Christmas shootings which left Aquil Richardson dead and two other men injured — P.c. Palmer posted another online entry titled: "Let the stats speak to you."
In it, he argues that official Police statistics on crime leave out key categories such as assault causing actual bodily harm, willful or criminal damage and drug-related offences. He also points out rises in theft, burglary, assault causing grievous bodily harm and sexual assault between 2005 and 2006.
P.c. Palmer states that "murder has seen an unprecedented rise of 50 percent every two years. This can quickly become a frightening number. These are serious times."
There were two murders in Bermuda in 2003 and in 2004 and three in 2005 and in 2006.
P.c. Palmer did not wish to comment on the blog when contacted by The Royal Gazette. It can be found at http://crushingfools.blogspot.com.

Posted by Pearson "Crush" Palmer at 4:26 AM No comments:

Let the Stats Speak to you.

After addressing the community’s reluctance to cooperate with the police to ensure that the environment in which they live continues to be conducive for living; without the element of fear for one’s safety, the safety of our families, friends and the protection of their properties, I think it was fitting for me to review the crime statistic according to the Bermuda Police Service (BPS) as is posted on the BPS very informative webpage (http://www.bermudapoliceservice.bm/)

Although the page shows an overall decrease in the number of actual crimes reported, (which is far different from the number of crimes committed) I could not help but to notice there were some very important categories missing from the stats sheet. The categories are as follows:
· Assault Causing Actual Bodily Harm;
· Physical assault on an individual that leaves on the victim’s body any swelling, discoloration and or bruising;
· Willful/criminal damage, which is anyone without a lawful authority or reasonable excuse who damage any item no matter the value, but as long as that property had/has an owner;
· Drug related offensives such as possession, importation, etc.

These discoveries lead me to ask the question, would the exclusion of the above categories of criminal offences in anyway change the statistics and affect the general outcome of the crime rate? This is a question for you to answer.

In analyzing the statistics I will attempt to not only reveal the discoveries I made but I will also try to explain what some of the crimes constitute in a very simple form. It is also my hope that the revelations found here would only help to motivate concerned Bermudian into action and enable a greater community consciousness. This will inspire a greater level of collaboration between the community and the police in keeping this very small Island safe from the criminal that is waging war against all who live and visit this Island that is synonymous with tranquility.


There was a 24% rise in report of theft when compared to 2005 and 2006. This means that there were 24% more victims who had been deprived of enjoying the pleasures of the sweat of their brow. Their hard earned monies and other personal possessions were taken from them by another whose intention was/is to permanently deprive the owner of such.

Crimes of intrusion also saw a leap in 2006 when compared to 2005. Our home, business premises and schools had become less safe, in that to secure these premises was not enough to ensure there safety.

We have seen a 34% rise in assault offences that may have resulted in possible broken bone and other injuries that may or could cause improper function of one’s limbs or organs due to nerve damage etc.

Crimes of sexual assaults are normally crimes against females but not restricted to females. Another class of individuals who are increasingly becoming victims of such crimes are children of both genders. Bermuda has seen a 22% rise in such crimes for the period 2005-2006, and a 43% from 2004-2006.

Murder
The offence Murder has seen an unprecedented rise of 50% every two years. This can quickly become a frightening number.

These are serious times. I know most people may say we are not as bad as some other jurisdiction. But the question to ask your self is are we as good as we were before. It is extremely important to note, that the prosperity of most country, state, Island etc. is vastly dependant on the following:

But there is nothing that can drive away investors and potential investors like an environment that have become criminally unstable. The ball is in your court. And you must play it with common sense and with intelligence.
Posted by Pearson "Crush" Palmer at 4:23 AM 2 comments: