In 2008, I brought to the public’s attention, the unhealthy conditions, of the facilities that are occupied by the Bermuda Police Service. I did so by writing and posting articles on the blog Crushing fools, writing letters to the then Caribbean News Net; as well as, in a document to the Governor Of Bermuda, which was also sent to The Premier of Bermuda: Dr. Ewart Brown, the minister of Public Safety; David Burch as well as members of the opposition U.B.P the document was titled “A standard For Change” ‘A four Years Internal investigation of the Bermuda Police Service. In the document I informed the above listed people and their offices of the unhealthy conditions that exist in those buildings among other things.
It was interesting to note that most people though I was only stirring up trouble, because of the difficulty I was experiencing with the management of the Bermuda Police Service. In my writings I spoke of the doctored report that was released by the Government of Bermuda and the Bermuda Police Service (BPS), which was design to hid the reality of the conditions as it exist in the buildings that houses the BPS and to keep us (enlisted and civilian workers) ignorant of the dangerous environment the Bermuda Government invited us to work in. As in everything else, the truth of my words are once again being confirmed and is now being validated by professionals in the field.
It is reported that a Supreme Court order, which was issued by the Supreme Court of Bermuda, gave the authority to Michael Pugliese and Dr. Jack Thrusher mould experts the permission ran test on the Hamilton and the Somerset Police Station. After the testing was completed, the test revealed such a high concentration of mould that those who were invested with the responsibility of conducting the test, refused to reenter the buildings without protective mask and later stated "The condition of Hamilton Police Station is such that the officers who work in the station should be wearing protective breathing masks in order to protect themselves from the air contamination resulting from the microbial growth in the building. The building should be torn down, it is not habitable."
What were unfortunate, is many healthy men and women had become ill and die as a result of the unhealthy condition that existed in the premises that housed the Bermuda Police Service, conditions that was known to the Government of Bermuda and the leadership of the Bermuda Police Service? Yet they knowingly, hid evidence and enticed loyal men and women to work in an environment that was/is killing them.
The action of these people constitutes a crime of omission: here we have a situation where responsible citizens were playing God. They placing healthy men and women with families, in unnecessary danger; they did so by putting them in a situation where they fell pray to a hazardous work environment. The Government of Bermuda and the Bermuda Police Service did this with the knowledge that the chances of there employees of becoming ill and even dying was a high one. This boils down to many categories of crimes, which includes causing the contraction of an infectious diseases, murder, manslaughter etc.
The questions that are dominant on my mind are: will anyone be brought to Justice for the illnesses and death that was caused by such negligence? Will the D.P.P see it fit to commission an independent investigation and bring criminal charges against anyone who knowingly endangered the life of hundreds of men, woman and civilian who have became ill and die as a results of the informed decisions of key members in the Bermuda Police Service and the Government of Bermuda?
Justice must be done, but then again poetic justice is always being served and it is being served up in Bermuda in a big way and it is being served up every day. What do you expect of the youngsters, how can you condemn the criminal behavior of Bermuda youths, when the adults who are invested with the responsibility and the authority to ensure the protection of citizen and visitors alike are also committing many criminal acts and are not being held accountable for such actions?
Example is still the greatest teacher and our life is still the best examples that we can give to out children. Have the leaders (political, religious, community etc.) in Bermuda been providing the best examples for the countries youths? Is it conscionable for those leaders in Bermuda to expect the youths to act different from way they are acting and behaving today?
Posted by Pearson "Crush" Palmer at 6:57 AM No comments: 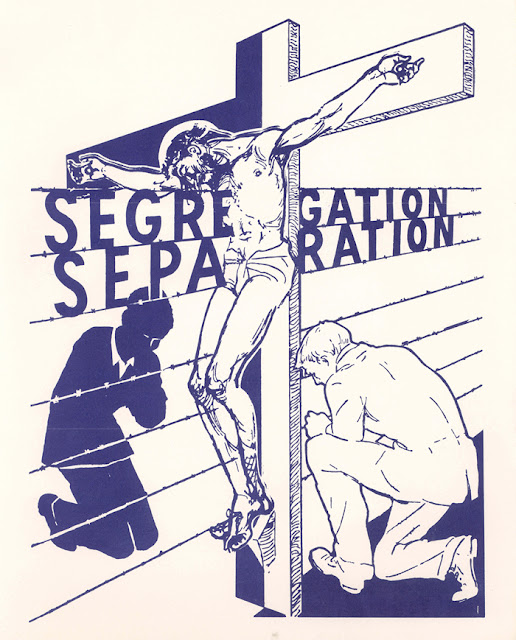 Integration was meant to provide the Caucasian community with an appreciation of blacks, their talent, and skills; they were to inaugurate the strengths of the races to create a better community for all.
It was meant to give member of the black community, the opportunity to exist in the community on equal footing, with that of their white counterpart. Unfortunately the two supreme objectives were lost in the hate that existed previous to integration and that which developed after legislative integration came into effect.
Some ways Legislative integration negatively affected the black community

• It seems as if a large cross section of the black community have been told NO! You can’t! You are not good enough; so many times and for so long, that they actually believed, they were not good enough and this was reflected in their negative attitude towards anything that was black owned, made and inspired; in relation to that which were white.
• Another aspect that deeply affected the black community; was the No factor. Some members of the black community have been told NO so many times, for so long and for no justified reason that when they were giving the legal opportunity to participate in the community affairs, they were willing to defy the authority of the white population and claim their now legal right to participate in that which was forbidden as a result of racial prejudice.
As a result of the lack of white support, the negative psychological reinforcement among blacks towards that which was owned and produced by members of the black community; the defiant attitude among some within the black community that spurred on their zealousness, to ensure they were not denied of the opportunity, to participate in their newly found rights had serious negative impact to black enterprise. The combination of attitudes saw black art, black talent, black invention etc. suffered tremendously.

Here a situation was created where the white community refused to acknowledge and or support anything that was made, organized, operated or created by members of the black community; while On the other hand, a large cross section of the black community had been so cultured and conditioned to believe that nothing black was good; in other words nothing that was made, created, organize, operated etc. by members of the black community was good and the things of the white community was better than anything the blacks made. While another section within the black community patronized the white businesses etc. just to defy the white racist owner and to practice their new found liberty. You can see the negative impact these three situation had on businesses, inventions etc. that were made and operated by and within the black community.
This inferiority mental complex within the black community and the willingness of the defiant black to challenge the white racist community in order to practice their liberty, led to the failure of many black enterprises. The failure of the black businesses etc. which resulted from a lack of support from the black community only sought to transform the community into what it is today: a race of consumers. Even today, unfortunately; we can tell from the common practice, of the overwhelming majority of people of and from the black community; that the belief that nothing that was created by members from and within the black community is good; is still prominent.
In short while the black enterprises went out of business, the white establishment, leagues, invention, creativity, schools, organization etc. flourished and as a result, the black intellectual and talent flocked to the doors of the white form and run organization to lend them their expertise, skill and talents aa well as their consumer support.
A good and amplified example of this was the United States of America as well as Bermuda. In the USA we saw black entrepreneurs started black base ball, basket ball; foot ball league, theaters etc. to facilitate the Negro players and talents, who as a results of the color of their skin; were denied the opportunity to compete and participate in the white ran and owned leagues. It is strange that the Negro leagues had better players, coaches and teams than that of the white leagues thus the competitiveness was also greater than that of the white leagues. Yet it was the sole ambition of the black superior player to make it in what was the inferior leagues to compete against inferior players. In Bermuda it was the businesses. We have seen many black business suffered for basically the same reason while the white businesses experienced prosperous existence for centuries.

in the U S A, the sports and art situation was a unique one, in this case it was not about a desier to be apart of something that was better but the black players and artist were longing for the acceptance and recognition of the whites segregationist and they did all in their power to be accepted. Today we called those people heroes, champion of the civil rights movement, men and women who tore down barriers and open doors for blacks. However in my opinion I see this as an institutionalized and accredited failure.

Such should have been the opposite; in that, the white inferior players, singers, actors, dancers etc. should have been upping their game in order to participate and gain acceptance in the black leagues and to preformed on black stages. These socall heros were instramental in ensuring that members of the black community continue to be seen as inferior and they did so at tremendous damage to their pride, self-esteem and black dignity.

It was only when the white leagues and teams saw the economic benefits of inaugurating blacks supertalents into their leagues etc. that such happened at tremendous negative impack upon the black leagues. This resulted in the black establishments being forced to go out of business for lack of talent and by extension lack of gate return.
In the area of invention the transitional segregated system created many challenges for black inventors to patent inventions, as a results many black inventors lost their invention to the wealthy business men and women of the day who became wealthy by patenting and initiating mass production of the invention they had not participated in the creation of, while the inventors lived and die in poverty.
Legislative integration failed to benefit the community, for it only sought to change the dynamics of segregation and facilitated the evolution of a more complex, discreet, not easily identified form of segregation. A needed system that was not properly managed by the community; in the processed and in more ways than one the system failed to benefit those whom it intended to help in the manner it was intended. However it only sought to drive a transparent wedge between the races that continue to keep the races apart.
Posted by Pearson "Crush" Palmer at 3:22 PM 2 comments: