The Legality of the Commissioner of Police Action 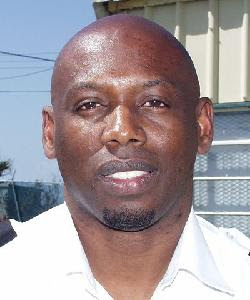 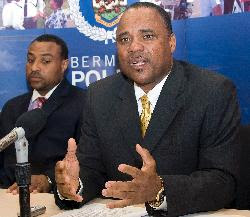 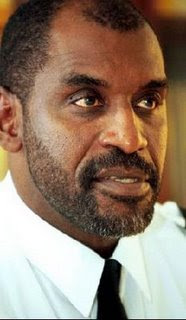 ................Above: Mike Jackman, Rondalph Liverpool and George Jackson instrument of oppression
This Document was prepared by me and submitted to Chief Inspector Anthony Muchette the police officer prosecuting the case and Chief Inspector Boyce the Presiding officer over the proceedings
A Voire Dire challenging legality of the Main Charge in the first instance, all other charges that was derived from the investigation and this trial, COP V/S Allan Palmer.
It is alleged by the Commissioner of Police that he gave me an order not to publish the Bermuda Police Service (BPS) business on the blog Crushing Fools which can be access via the web address http://crushingfools.blogspot.com/ (which from here will be refer to as the blog.) The first question we must answer before we proceed any further is whether or not the content of the blog can be considered the business of the Bermuda Police Service.

Before we get to that stage we must first clarify and conclude on the following definitions, we must be clear on what is:
Posted by Pearson "Crush" Palmer at 8:01 PM No comments: