Jackie Agustus an Other Victim of the Curse of the BPS 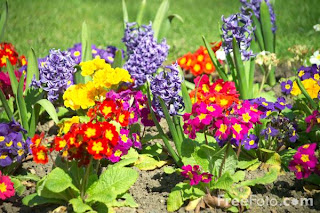 Once again the Bermuda Police Service (BPS) has suffered another lost; once again, another faithful servant of and to the Bermuda Police Service, has fallen victim to the curse that has been plaguing that institution for many decades now; a curse that has taken the life of  hundreds of employees and ex-employees of the Bermuda Police Service. Jacqueline ‘Jackie’ Augustus: the Bermuda Police Service tailor/seamstress who was responsible for fitting and outfitting the members of the BPS in their uniform is now dead. She is the most recent person to be added to the list that make up the statistic, of people associated with the BPS and who fulfilled her assignment on the compound of the BPS, who was devastated by sudden, unexplained, critical illness and she subsequent scummed to her illness.
Like Sergeant of Police Gary Young and hundreds of others before him, Ms. Augustus was strong, capable and able person when she was diagnosed with cancer and within one month of her diagnosis she rapidly deteriorated and died. Jackie took her last breath on Sunday 22nd August 2010, and in the process, she found relief from her suffering.
To Jackie’s friends and family she was a helpful, caring, faithful, and a loving person who they could have relied upon in time of trouble and when they had other needs; however, to the cold Government of Bermuda and the frigid management of the Bermuda Police Service; Jackie was just another number on the pay role. Now she had graduated and will become just another number on the statistic sheet of BPS employee who contracted cancer, other terminal, or life-threatening disease, suffered and subsequently die.
Jacqueline ‘Jackie’ Augustus had a memorial service, her friends, family and employers had many good things to say about her; she was buried now we all are wait for the next victim (BPS employee or BPS Ex-employee) to fall pray to what ever environmental condition is causing the member of this institution to become critically ill and suddenly die.
Is the cause of the illnesses to hard to find/discover? Or is it a case of; I am in good health and my family are not affected so why should I care?
It is important that we remember, Andrew Thomas, Paul Marsden, Timothy Herbert, Gary Young, Jackie Augustus and the others who have meet their untimely death, did not have nothing to worry about, for they were all healthy; that is, until they became ill and were forced to stare death in the face.
I wrote to many institution (health and other institutions) in Bermuda; I did so, in an effort to rally support for my ex-colleagues; the members of Bermuda Police Service, in relation to the plight they are faced with. I received a response from the highest political authority on the island: the office of the Premier, who assured me they were looking into the issue as it related to the sudden, tragic illnesses and death of the men and women in the Bermuda Police Service.
There are two things we can all agree on, and they are:

Carl Neblet; it is time you wake up from your conscious sleep, rally the members of the Bermuda Police Association; the organization that you have been leading (some say down the wrong path) for more than a decade now and make some serious demand upon the Government of Bermuda and the Bermuda Police Service. It is criminal to ask healthy people to work in an environment that is killing them. This cannot be allowed to continue for your inactivity is killing innocent men and woman. Carl you ought to be careful, for the life you are going to save, may very well be your own.
Posted by Pearson "Crush" Palmer at 4:56 AM No comments: