Mark Clarke: Honest or Dishonest; You Be The Judge 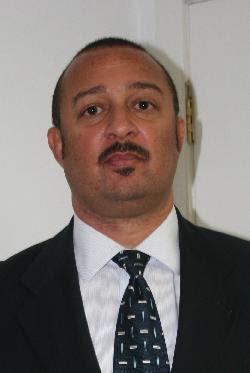 
There is a little yet powerful and very popular saying in St. Vincent and the Grenadines that is used to describe people who we take on face value. It goes like this: to see me and to live with me is two different things. This is so truth. Very often we see a person in public or we have limited surface interaction with a person and from the limited interaction and our visual of that person’s demeanor we draw conclusions about that person’s personality and character. Unfortunately 90 % of the time we are dead wrong. Yet we speak of that individual or people as if they are and were saints. But what would their best friend, close relatives and those who had running with these people have to say about them.

For me expressing myself is therapy hence the reason why I write. This brings me to a well known Bermudian police officer. When I entered the Bermuda Police Service I heard many negative allegations about many serving members of the Bermuda Police Service, allegations which I paid very little attention to. However when one is confronted with a personal experience one is forced to remember, rethink, and reexamine the allegations then draw a conclusion base on that experience.

When senior management of the Bermuda Police Service took the liberty to exhort their authority against me, one of the people who were unleashed on me was, Mark Clarke. Mark’s actions against me (a police who had not committed a criminal offence or any other offence for that fact) was not only oppressive it was exploitative it was illegal. Mark on numerous occasion proceeds to violate my rights as a suspect in an internal matter. A fact which I ensure he put into writing; after all it was a caution statement. Each time he violated my rights and I bring it to his attention I ensure that he wrote down what I said.

At times I wondered if Mark Clark knows and understood the Judges Rules, for he surely did trampled upon it whilst dealing with me. (The judge’s rules are guidelines that an investigator must follow when interrogating a suspect) To violate such will result in the violation of the rights of a suspect and a prisoner. I guess like everyone else this was to be a routine thing and I go away licking my wounds and life move on as normal I guess they did not know with whom they were dealing. My experiences with Mark Clarke lead me to ask some serious question:
Mark Clark has proven to me that what I have heard about him when I entered the Service maybe true. Could it be that Mark may have unlawfully and illegally arranged the downfall of many of his country (Bermudian) men and women by exploiting their ignorance, by writing and giving untruth as truthful evidence against them to make himself look good?

By looking at the man you will never thing that he will or is capable of doing such things. But it is all there in writing. Where I have informed him of my rights and asked him over and over if the law do not mean anything to him.

To all police officer who may read this commentary just remember your dishonest deeds will come back to bite you in your buttocks one day. For the same reason Mark, Jackman and Liverpool's dishonesty is going to take a big bite out of his character. You know what is unfortunate but nice about mark's investigation is the fact that the man was not smart enough not to make a written record of his dishonest actions.
Posted by Pearson "Crush" Palmer at 5:41 PM No comments: