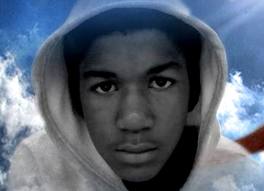 It is highly important, for anyone who ascends any public platform, to champion a cause; the person must understand a simple fact, if they want to be taken seriously. They must not only make lots of noise, but they must ensure their message is clearly and intelligently communicated. This can be accomplished in many ways.


This brings me to the Treyvon Martin Story. There is no doubt, this lad was hunted down and murdered, even after his pursuer: George Zimmerman was instructed by the guardian of the law: the police, to leave the youth alone. It is also no secret, that Treyvon Martin was targeted, for no reason other than, he was endowed with what some people think is the wrong shade of skin.


The information we were exposed to, revealed that there is a conspiracy and this conspiracy is geared to aid in a miscarriage of justice. As a result of this conspiracy, when the investigation is completed and George Zimmerman is arrested and charged; I expect to see everyone in an official capacity that were involved in this cover up, lose their job and be prosecuted for their role in trying to aid in the miscarriage of justice or similar corruption charges.


My concern here is; the platform of the Treyvon Martin’s movement, which is justifiable busy, in their fight for justice on this youth’s behalf; unfortunately, this platform is an inappropriate one. From where I stand, the call for the arrest of George Zimmerman is not making much sense.  And this is so for a simple reason that boils down to the wrong use of a simple word.


Recently the police released a video that show Zimmerman’s in handcuffs, being lead out of the police vehicle and into what I assume to be booking area by officers.  This is video evidence that Zimmerman was arrested. Let me take some time to define what an arrest is. An arrest is defined as the taking away or depriving a person of a persons liberty. So in the true sense of the word, Zimmerman was actually arrested. Hence the call for Zimmerman’s arrest is misleading, in that it give the public the impression that Zimmerman was not arrested for the homicide of Trayvon Martin. It is important to note that the call for George Zimmerman’s arrest will not be taken seriously by the authority. The leaders and spokespersons of this movement must make their desires known and communicate them clearly but most important, the expressed desires of this movement; must be within the confines of the law.


What the movement should be concerned with is at this point?


1.       What happened when Zimmerman was arrested was he processed in the manner that he should?


2.       What was the nature and level of the inquiries that the investigating officer make before a determination was made as to Zimmerman’s release?


3.       On what lawful authority was Zimmerman released after he was arrested.


It is important to note, the authorities has no lawful obligation to rearrested George Zimmerman unless; the condition of his discharge was violated, the term of his freedom as specified in his discharge has expired, he becomes a flight risk or there is significant development in the investigation that required Zimmerman to be rearrested and be charge among other things. Other than the conditions outlined above, and as much as I will like to see it happened, yet George Zimmerman cannot be lawfully rearrested to appease the sense for justice of the black community of which I am a part, or the grief of Trayvon Martin’s parents, or to give the appearance that justice is being done.


To re-arrest George Zimmerman at this point, other than at the conclusion of the investigation, or if he had violate the conditions of his release or the term of his freedom as specified in his discharge has expired, if he became a flight risk or there is significant development in the investigation that required Zimmerman to be rearrested, and be charged among other things; will constitute a violation George Zimmerman’s rights.


It is important to note, it is wrong, unethical, illegal and unlawful to violate one man’s rights, to undo the errors, blatant or premeditated act of another or others to derail the justice system on behalf of the first party. In such instances, as what happened with George Zimmerman investigation, an investigation should be carried out into the actions and procedure as it relates to Zimmerman’s initial arrest, process and investigation and all who was guilty of wrong doing, should be made to face the full extent of the law.


Due to the fact Zimmerman was arrested and release he can only be rearrested. When the Treyvon Martin movement can adequately answers the three questions above, then the movement can properly construct a platform from which to champion the call for justice for this lad behalf. Which will include not his arrest but his re-arrest.


The Trayvon Martin’s movement should be made aware, of the simple things; these people can use the simplest of thing to derail the justice and their action will be justify. To say that you want George Zimmerman to be arrested simple means, George Zimmerman was never arrested for the homicide (killing) of Trayvon Martin; but he was. Now to call for his rearrested is another story.


It is important for the Trayvon Martin Movement to remember, with whom they are dealing. Let me remind the Treyvon Martin Movement, they are dealing with: a white, racist, self-identify elite, bureaucracy that has the power and the level of spitefulness, to use something as simple as the omission of the two letters such as: re- from before the word arrest, (re-arrest) to continue to obstruct justice and still remain within their rights to do so.


Now that we have come to the conclusion that to call for the arrest of George Zimmerman is technically wrong, this movement must make an effort to be politically correct; the call should be for the re-arrest and detention of George Zimmerman pending the out come of the investigation. The movement must now find adequate grounds for this call; and such grounds can only be found, if they can ascertain on what grounds Zimmerman was released from his arrest on that night of the incident.


Each time there is a homicide; there must be an arrest and an investigation. For it is only through a proper investigation can the lawful authorities determine if the actions and forethought of the aggressor can render the homicide, a justified killing or  the homicide constitutes a criminal act and if it does to what degree was this crime committed.


In such investigation there must be collaboration of four investigative components and they are:


2.       The method in which the fatal wound (s) was inflicted or manner in which the agent of death was administered.


3.       The evidence or the story of the crime scene (including forensic evidence)


Even if all of the four investigative components listed above was collaborated, there must be one more litmus test, which must be passed before a homicide can be declared justifies and that is: pass interaction between the people involved, their friends and or their family. This is important in order to rule out concealed malice and forethought.