Is It Possible To Be Honest In Today's Society? 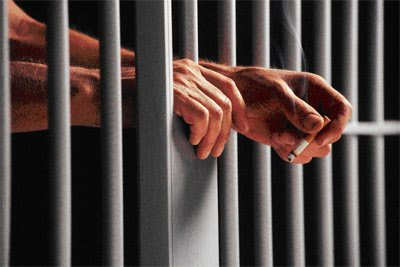 To be an honest individual in today’s world is a tough but not impossible task. It is tough because of the mentality of the people who inhabits the world. Today’s world is made up of to many dysfunctional people, who were born of dysfunctional families that occupy very responsible position within the community.

Today we are faced with individuals who are products of negative cycles. The world is literally filled with teenager who have prematurely dived, were forced, or accidentally stumbled into parenthood. A critical stage of life they are not ready or were prepared for.

Such is not only a shock for the young person but it can be considered a rude awakening. An awakening to a world of responsibility they did not know existed, a world where they are forced to become provider, protector and nurturer when they are not mentally professionally, academically or otherwise equipped to do either of these things that was trusted onto them.

Then we have many unscrupulous men and women in the society who for many reason, are incapable to govern their desires especially their sexual desires; and as a result of their lack of control they pray on the helpless children in our community. Forever corrupting their mind by imposing and violating their most precious and covered part of them: their sexuality. Many of our children are sexually violated and in turn their lives are destroyed. They doom these children to lives of homosexuality, prostitution, violence, and various insecurities.

And then there are the parents who are just poor parents. They fail to (not because they do not know better but because they could not care) take the time and give back to their children what their parents did and give to them. For these people their child or children are viewed as obstacle that keeps them from moving forward, having fun and doing what ever they want to do no matter how trivial their hearts desires are.

Today, we are confronted with dysfunctional men and women that came up in dysfunctional homes, were taught by dysfunctional parents etc. now these people are involved in society, they holds key position and they are expected to uphold the moral, set standard, mold young minds, shape policies, enact laws, set standards, uphold ethics, and live a life that is an example to the other members of the society.

Here lie the beginning of the problems our society are confronted with; you can see the uphill task that we are faced with in today’s society. We expect children who were not taught how to live and be good citizens, parents, and employee to enter into society and function as normal. In most cases they were never taught how to be patient, how to go without, how to endure conditions and circumstances that will build character.

Here our children are called upon to performed function and get involved in activities that should be administered onto them. They are asked to teach their children lessons that they themselves were not taught. It is like picking up an individual with first grade mathematics knowledge and putting them into a school to teach the subject and expect the students to get passing grades.
In closing I am forced to ask these big questions which are: is it possible and how can we get back to our roots?

Could we ever recreate the kind of society that is free from the hurt that corrupt our community?

We have seen grown, responsible, educated individuals who have failed to live up to their expectation and realized their true potential. For a moment of pleasure and the little indiscretions, which have resulted in the propagating of the wrong messages; they set the wrong examples for those looking on in hope, of learning some of life important lessons.
Posted by Pearson "Crush" Palmer at 3:25 PM No comments: