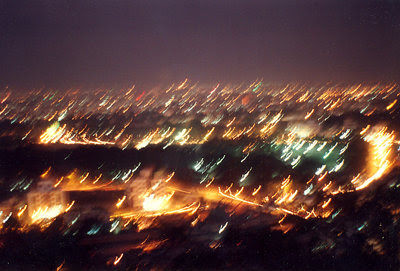 Homosexuality, is one of the most defile indulgences that is practiced in civil society. It is so for several reasons, which are: it goes contrary to the laws of nature, against human sexuality, against Yahweh’s word/law, and because it is not practice naturally by the animal kingdom: those creatures that are considered to be, less intelligent than us human. However; there are some who are now teaching, the lower members of the animal kingdom to indulge in homosexual acts.


Unlike humans, who are plagued with the adoption of habits that follows families for generation and thus cast a blight or bless families with the habits that constituted a family traditions and cycles. However; it is not so with members of the animal kingdom. The offspring are not affected by the habit of the parents or the customs of the pack, flock, school etc. but they adopt their habits base on their survival needs.

For example a child of a thief, will learn from his parents, the skills and temperament of a thief; he will learn such subliminally and otherwise and therefore, if there isn’t the appropriate, timely and serious intervention that child may become a career or habitual thief. If a domestic dog was taught by its owner, how to steal; that dog will apply that which it was taught, for to do otherwise will impact its treatment by the owner; and by extension, its survival. In other words; it will impact or threatens the dog’s survival so he complies. There is not a chance that pups born to that dog will ever pick up the ability to steal, becomes aggressive, or any other habits because its parent (s) had those traits. However; if condition merits, the dog steals to survive, then it will; never because it learn the traits from its parents.

It is safe to say, we as earthly creatures, with the highest level of intelligence there is, have managed to turn the gift of higher senses, understanding, knowledge, perception and communication into a curse. This is evident, in the way we destroy the society and community in which we live; in the way we make a mess of our marriages and family, the way we nurture our children into becoming such terrible people etc.

Human uses their intelligence to destroy themselves, their society, the other creatures that shares the earth with us as well as earth; by moving away from the things that are natural, violating the laws of nature and ignoring the laws and other instructions of Yahweh: The creator of man and everything that exist, had prescribed for us to live sound, healthy and spiritual lives.

While human with his intelligence defies nature, and rejects the way of the creator; yet members of the animal kingdom through instinct, continue to follow the instruction of their creator and the laws of nature.

Lets take a look at a pack of lions, you will noticed that the roles of the gender are still the same, the manner in which they operate and live are as Yahweh have ordained it. The birds still fly south and the beers still hibernates in the winter; the monkeys still lives in trees and they still socializes and nurture their young as nature requires and Yahweh commanded. There is one thing that is common among animals; wile and domesticated, which is: their manner and purpose of mating has not changes.

There reason for mating is for procreation, the time and manner in which it is done, remains the same. It is important to note; intercourse does not take place outside its season and or at the correct times; for them mating is not about pleasure but to preserve the species. It is also important that I point out, the manner for mating is still the same; the male has intercourse only with the female and the female has intercourse only with the male.

Among the religious community it is believed the deterioration the human kind is experiencing, is as a results of sin; while the average person rationalized and concludes the reason can be attributed to things such as greed, the love for power, lust of the flesh, hate etc. whatever the reason you attributes to the demise of the human species to; there is one thing we all can agree on is; the Human Species is in a free fall and it seems there is nothing to reduced the speed at which we are falling; to stop or to break our fall. In other words, we are plunging to our own destruction.

You may ask, where homosexuality came from.


From my knowledge, the first mention of homosexuality is found in the book of Leviticus 18:22; Yahweh informed his people and later in Leviticus 20: 13; he reminded his chosen people the Israelites that it is an abomination for a man to lie with man as he does with a woman. Later in the bible we learn that the city of Sodom and Gomorrah was destroyed because the sins of the people of Sodom, which was mainly sins of homosexuality was so wide spread and offended the awesome, righteous, perfect and holy creator God.

I do not know what was the reason for such practice in ancient time, but it is believe that the Greeks and the Romans hold fast to the concept that when a man have sex with another man, he actually took that man's power; therefore, the victim became subject to the aggressor. As a result, it was the objective of men of means and power to have sexual intercourse with as many men as possible; thus maintaining a high standing, on the social, economical, and religious ladder.

Like any raped victim or victim of sexual abuse, their abusers or rapist holds a manipulative control over his or her victims; a control that has fear of exposure of the shame that is associated with his or her violation; thus the victims become subliminally, and otherwise subjected to the abuser. It becomes almost impossible for the victims or abuse person to refuse granting a favor or request of his abuser; even a request for sex.

This is why Yahweh prescribes death to anyone who participate in homosexuality, because in doing so they become subject to a control that should only be held by Yahweh. It makes it almost impossible, for the victims to every serve Yahweh in the manner in which he should be served: as Creator God. It must also be known' most victims go on to create sexual victims of there own and such, may mark the beginning, of a vicious cycle. A cycle that can eventually contaminate an entire generation as what happens in Sodom and Gomorrah. So when Yahweh destroyed Sodom and Gomorrah and all that moved in that city by fire, he was just executing the punishment that was the consequence of their homosexuality as was outlined in Yahweh's words in Leviticus.
Posted by Pearson "Crush" Palmer at 2:38 PM No comments:

Is Yahweh A Chauvinistic God? Or Is He Just The Creator God 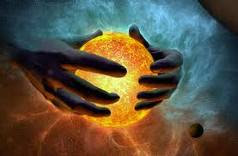