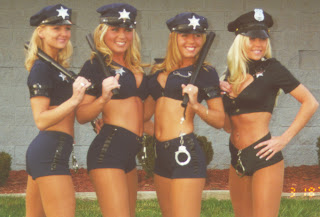 October 2008 will see the Bermuda Police Service (BPS) inaugurate the celebration of a milestone in the police week celebration; the BPS will be celebrating 129 years of unbroken service to the people of Bermuda. Such a milestone is always an ideal time for honest reflection. This is a perfect time for the Governor and his staff, Government of Bermuda, management of the BPS and the people of Bermuda to reflect on the service the Bermuda Police Service provide in recent years.

I will attempt to give you some back ground of the core responsibility of the police service within the community, then you can conclude whether the Bermuda Police Service have been living up to its obligation to the community.

The first responsibility of any police force or service in the community is one of prevention.

a. Police presence: the presence of police acts as a deterrent to would be offenders. Police ought to make regular foot and mobile patrol, put the criminal element on notice. This sends a clear message to the criminal that the police are ready to act if the need arises. The police presence also gives the community a sense of security and also reassures the law abiding citizen that they will be/are safe.

b. Education: the Service has an obligation to educate the community on techniques in preventing crimes, and the importance in partnering with the police in the fight against crime.

c. Quick response: a force or service that has a record in speedy response to the community in need gains the confidence of its community; it also sends a clear message to the criminal element as well as the law abiding citizens within the community that the organization personnel are serious about their responsibilities.

d. The speedy and effective processing of the offenders: It is important that officers dealing with report or cases ensure that such is dealt with in a timely manner; it is also important that the officers do not compromise the quality of his or her work for speed and ensure that every legal course of action is taken to ensure that justice is done.

It is important to note that the speedy arrest, and prosecution of offenders cause potential offenders to reconsider their actions. An arrest immediately after an offence was committed impacts the community (law abiding & Criminal) differently. In the same way if the criminal community knows that the police officers are not afraid of them, then the criminals tend walk as if they are on glass.
2. To detect crime: in the event prevention fail and a crime was committed, it is the responsibility of the police to carry out an investigation into the matter. The objective of the investigation is to first ascertain whether an offence was committed, and if so who commit the offence, why, where, when and how the offense was committed. It is important that the officer collect the relevant evidence to support his/her findings; such evidence should be collected with the view of being presented in court (it matters not whether the matter goes to court).

3. Apprehension of the offenders: while an officer may have the power to arrest offenders for most crimes, it is important to note that the law does not allow for the arrest of the offender when he/she commits certain crimes. In situation where there is a power of arrest the offenders should be arrested as soon as possible and where their is no power of arrest the officer must ensure that the matter is process as soon as possible. It is also important for the complainant to be informed of the actions taken by the police on his or her behalf.

4. Caused the offenders to be prosecuted: after any officer have ascertained that an offense was committed, and he have obtained knowledge and evidence of who, how when, where and why the offence was committed; it is important to cause a case file is prepared and submitted to the prosecution office as soon as possible. This will ensure that justice is swift. Officers should work on the premise of justice delayed is justice denied.

The question is, from what you have observed and experiences; have the Bermuda Police service been meeting its obligation to the community?