How Far Were You Willing To Go? 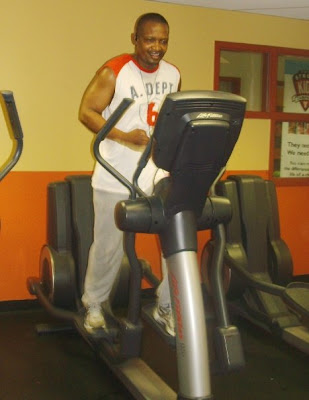 At times individuals are forced to wonder, how far their adversaries would be willing to go in order to win a bottle when egos clashes. When all is said and done, would it have made me a better person if I win the little cat fight that we often get entangled in. It is a different thing when an individual is taking a stand against an ill, or standing up for someone who are too weak to stand for themselves.

I use this blog and other forum to expose the imposed hardship I experienced while I was in Bermuda. I suffered many injustices, stress, and other unwarranted hardship at the hands of two of my country men: Commissioner of Police George Jackson and EX-superintendent of Police Randolph Liverpool as well as Mike Jackman. all my troubles came because I stood up against evil and launched a campaign to have Ralph E. Gonsalves arrested and charged for the allegation of Rape and sexual assault of one of my ex-colleague: female Police Constable (who abundant her quest for justice and walked away, due to the stresses that was imposed on her) and later the allegation brought by a young Vincentian Human Rights lawyer who resides in Canada; both of whom will remain nameless for obvious reasons.

As a result of my effort against Ralph E. Gonsalves, there were some interesting activities that occurred behind the scenes that I have never spoken about. These experiences only seek to show that when certain character type (people) think you are down and are the victim of the strong, they develop the tendency and desire to participate in the demise of the victim. I was not surprised when one of my Vincentian brothers in the Bermuda Police Service knowingly became a tool of my adversary. This person’s conspiratorial action will shock you to the core.

Each time it was made public that Ralph Gonsalves had a death threat made against his life, a particular Vincentian police officer who is policing in Bermuda will come to my apartment outfitted with recording equipment, all in an effort to entrap me in either confessing to him of plotting or making threats against Ralph Gonsalves’ life. At times my fellow countrymen will do so in the presence of certain people who are willing to present even a slip of my tongue as evidence in a court of law.

You may ask yourself or attempt to ask me, why my fellow country man will do such a thing. I will attempt to outline his reasons.

It is important to know that he had agreed to be a tool of “The Friends of Ralph Gonsalves" and a foe of Allan Palmer. Firstly the Bermuda police authority did not have any just reason for my suspension and thus my suspension was a direct violation of my contract, my human and constitutional rights as well as the international labor laws. The police authorities were afraid that I was going to sue if I was reinstated. They also had promised Gonsalves that they will stop my campaign against him; but most of all they did not count on me making such a noise; they though I would have roll over and play dead like the hundreds of other they exploited who were blinded by the money or were to weak to fight back. The fact that my campaign against Ralph Gonsalves did not stop despite threats from George Jackson the Commissioner of Police, who threaten to take action against me (this was before my suspension) if I do not desist from calling into the radio programs and writing in the News paper in St. Vincent and the Grenadines, as Jackson termed it “saying nasty thing against Mr. Gonsalves.” I informed George Jackson in the presence of Now Assistance Commissioner of Police Jackman; that he cannot instruct me not to participate in the affairs of my country.

How Far were they willing to go?

In Bermuda there is a Conspiracy charge that is widely used; it does not take much to prove that you have conspired to commit a criminal offence. It was the intention of the Friends of Ralph Gonsalves to gather evidence against me and charge me for conspiring to kill Ralph Gonsalves.

Did you notice that there were always vague reports of threats made against Ralph Gonsalves’ life, and there was never specific information associated with the threats? Were the threats made in person, via telephone, email or threats made via the postal system? Asked yourself why is it, that the threats against Ralph’s life had suddenly stopped. No one was arrested, no one was taken to court and no one was convicted for any offence related to the threats that were made against the life of the Head of Government of St. Vincent and the Grenadines. Is it that the person(s) who were making the threats no longer has an interest in the death of Ralph Gonsalves.

In this technologically advance world, even a phone call made from a barred telephone, be it domestic, satellite or cellular phone can be easily tracked and the same with an email communication. It may be harder to trace/track communication that was made via the postal service system (a letter) but not impossible. Such communication can be tracked to a specific location narrowing the search to a particular post office, postal facility or postal receptacle most of which are surveyed by hi-tech electronic surveillance system.

Threat made via the telecommunication system or email can be easily detected. If the powers that be receive a threat against a head of state or head of Government, if the authorities have reason to take such threats seriously, then the source of the threats can be easily detected. However it is not so easy to detect the sender a threat laced mails when such was sent via the postal service system. We have examples of the trouble P John found himself in some years ago, when his election gimmick backfired. P John undertook a task; using the guise of anonymity, he circulated a document that was damaging to Ralph Gonsalves and his Unity Labor Party via the internet. He was quickly discovered and was forced to make a public apology in order to avoid the consequences of a lawsuit.

Now; was these threats against Ralph Gonsalves’ life that was released to the press authentic? Or were they just a part of the well laid plans that were coordinated to entrapped and have me charge for conspiracy to commit murdering the Prime Minister of St. Vincent: Ralph Gonsalves?

Could you imagine how this would have affected my life if I was so charged? What would have become of my legacy if I was convicted of conspiracy to murdering of a head of government? But Jehovah is good and has been good to me.

This plot failed in the same way the plot the Bermuda Police Authority also arranged for my downfall, when they use the beautiful young lady, to try and pressure me into giving her basic information about herself from the police system failed. I love women, but I know where to draw the line.

The big question that I am yet to answer is: how far did this plot went? Was it just a plot that found its origin, execution, failure and thus was just limited to the friends of Ralph Gonsalves in Bermuda or did it stretched across the sea to the office of Prime Minister Ralph Gonsalves? And if so what was his role and how deep was he involved? What is in the dark will soon come to the light.

Other questions that just came to mind are: how far were you all willing to go? Was the imprisonment of an innocent man been enough to satisfy your egos and your crave to do evil?

To my brother who join the ranks of the evil and whose efforts were targeted to my downfall and my imprisonment just remember what goes around comes around.
Posted by Pearson "Crush" Palmer at 2:40 PM 1 comment: