Independence, Is It A Good Idea Or An Effort of Ego? 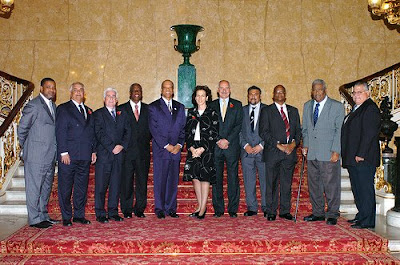 In the 1900, but more so in the 1960s and the 70s, many of the British Caribbean colony, was encompass with a revival of black consciousness; this consciousness came rapped in many packages, know by different names and evoked a subtle disdain for the Country which held their sovereignty. The men and women in this era, who were fresh from academia, became impatient with the imperialist/monarchical system; which was viewed with contemptuous eyes. A system whose people manipulated the law to justify slavery and the other segregated system under which our Negro fore parent suffered the indignity of contemptuous treatment and the belief that foster an inferiority complex among the Negroes people.

Such treatments were carefully documented; such care that ensure the record was intentionally inked in err; omitting socially inhumane treatment for several reasons.

This new conscious awakening inspired the intellectuals of that era, to inform and recruit the populace, later secure the mandate to pursue and break allegiance with the mother country: England.

It was the views that these countries (colonies) that they did not need the mother-country (England) from whom their economical growth and stability was embedded. The countries economic stability and safety were fixed in the protective economic loyalty that the mother country held for her estrange colonies. Many people argued that it was the least England could do for benefiting form and building a mighty empire on the blood, sweat and tears of our people.

Before Economic Globalization most of the countries that sought and gain independence such as Guyana, Jamaica and Trinidad and Tobago had their economies took off and subsequently collapsed as a results of poor administration, political corruption, and the exploitation of savvy, ruthless international businesses community; that out talked, out thought and out maneuvered the inexperience and naive politicians. Unfortunately this still occurs today.

After globalization and such proposals like the free trade initiative summon the collapse of the economies of the other Caribbean states. The estrange mother country had to revoke and pass legislations that provided a level plain field to accommodate international trade. This new situation forced the once protected former colonies to compete on the open market with companies that were capable of financing elaborate operation than they can; thus making it possible for the former colonies to effectively compete in such an environment. The financial viable companies out produced and out sell the smaller primitive operations of the independent countries.

These states never understood how dependent they were on the countries that held their sovereignty, until economic globalization and the international free trade agreement took away a protection they would have maintained if they remained colonies.

It is no secret that those countries that remained under the supervisory hand of Great Brittan are in a better economical position than all of the countries that chose to become independent states. It is important to note that England do not have a direct hand in the day to day economic affairs of these countries; yet they are able to sustain a healthy economy and thus in most case ensure a high standard of living for their people.

Today there are many of these territories with ambitious men who possess burning, inflated, testosterone compressed ego; that feed that fetish to be a part of positive history and are hell bent on trusting independence onto the people who they were elected to serve. I hope that these politicians take a look at the current state of their sister Caribbean independent countries. It is the wise that learn from the error of others. There is also a wise old adage that said if it is not broken don’t fix it.

Let us take a critical look of some of the plagues of independence and you may conclude which you want for future generations. In most oversea Territories are endowed with a governor that possesses the power to take certain decision that are in the interest of the member of the territory. These representative does not possess unquestionable powers. For if he or she acts inappropriately, that individual can be recalled and dealt with or can be made to face charges if his inappropriate actions was proven to be criminal.
Unlike that of a leader of a sovereign (independent) state like St. Vincent and the Grenadines who’s Prime Minister thinks and behaves like one with ultimate power. A man of very little integrity, one who use indecent gesture (Show the middle finger) at members of his community (his constituent) in public and fail to apologize, one who a female police officer brought allegations of Rape and Sexual Assault against, one whom a young Human Rights Lawyer brought allegations of Sexual Assault against. Unfortunately for these two valiant females Ralph Gonsalves Prime Minister of St. Vincent used his office of Prime Minister to manipulate the criminal justice system to evade prosecution. It was also unfortunate for there were other female within St. Vincent and the Grenadines who claimed they were victims of Ralph Gonsalves sexual exploits there were cases that were filed and later withdrawn due to the press conference that threaten to sue anyone who try to implicate him in any such allegations.
Let us say that the female police officer, the young lawyer and the other victims who became afraid of the intimidation of the Ralph E Gonsalves the Prime Minister of St. Vincent and the Grenadines were true, what does this mean?
If you don’t know what it meant and still mean, I will endeavor to impart with my clairvoyant intellect and bring you up to date. It means that the victims were not only stripped and raped of their sexual treasure, the sanctity of their body were violated, and each time they were deprived of Justice (the ability to get a lawful hearing according to the laws of the land and the legal system) they are raped anew, each time the boastful no moral Prime Minister of St. Vincent and the Grenadines appear in public and erroneously exhibit his arrogance they are raped again.

Now think is this the type of country you want for your people, is this the system of unaccountability from a politician who has within his power the resources of the states (though scarce they may be) to illegally inject such into his political campaign to purchase constituent loyalty, rig election, intimidate constituent, etc.

It was as a result of the Canadian human Rights lawyer persistent and with her fearless fight that cause her to give this interview to the local press, (Click here to hear the interview)

Always remember when you beat a helpless dog one day he may just bite back and he may just have rabies. Lets see who is going to get angry because of this article and what action they are going to take.
Posted by Pearson "Crush" Palmer at 1:30 PM No comments: