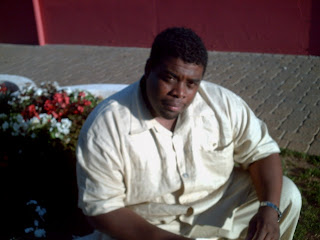 Jermaine passed and received his General Education Development (GED) certificate, he revealed to the audience present, that after he got married his wife discovered his inability to read properly, and like any ambitious and dedicated wife she worked with him and aided in developing his reading ability. Jermaine wife Tracy was responsible for inspiring and wetting Jermaine’s appetite for learning, a desire which this young man wanted to share, a desire which became infectious and have seen many young Bermudian participated and graduated form the GED program that was organized and run by him and his dedicated wife.

In bringing Jermaine’s story to life Mason West 3rd often speaks of a phone call he received from Jermaine in the early hours of the morning. Jermaine asked the prolific and dedicated teacher/pastor to meet him at the Hamilton Seventh Day Adventist (S.D.A) Church which is located on King Street, Pembroke, Bermuda. On Mason West arrival he saw the enthusiastic Jermaine Richardson awaiting him. Jermaine lead Pastor West to a hurricane damage building on the S.D.A property. Pastor West who felt sleep deprived at the time was not to enthused as the overjoyed Jermaine began to outline his vision of transforming the hurricane battered building into a classroom; a place where he can expand his mind and influenced the mental expansion of thousand others.

With the motivation of Mason West 3rd and the inspiration of God Jermaine Richardson, used his newly found desire to negotiate the use of the SDA building and he also convinced his more educated peers and friends to volunteer their time and talent to participate in the program as teacher. Later The GED program that was started as a dream in Jermaine Richardson’s mind, received corporate sponsor from Cable Vision.

Jermaine Richardson would have sat the GED exam on numerous occasions and each time success evaded him. For many graduations ceremony Jermaine had to sit in the audience and look on as other participant claim their success from a program which was his brain child. Yet he never loses hope, he never allowed the lack of success to break his spirit, but instead he continues to organize the program. He continued to be chief cook and bottle washer. when Mr. Richardson should have been studying or attending his classes, Jermaine was busy ensuring that the teachers show up to teach, student were present and in class, the material that was needed was in place etc. Jermaine was to busy running the program and motivating participants to actually participate in the program. Hence the reason his delayed success.

The last GED exam for 2007, had its ups and down. There were student who sat the exam who did not meet the requirement to pass. Jermaine Richardson was one of those people who have seen success once again, pass his way. His first success was to organize and execute a credible GED program but this time he was the proud recipient of a General Education Development certificate. He sat and satisfy all of the requirement that is required by an individual to pass his GED exams.

I have seen proud parents, children, friend, family members and participants wept with pride at graduation ceremony. This is what happens when an ordinary man has an ordinary dream, the passion and enthusiasm to struggle to make that dream reality. Today Jermaine is planning to attend collage in order to pursue a degree program.
Posted by Pearson "Crush" Palmer at 1:34 PM No comments: